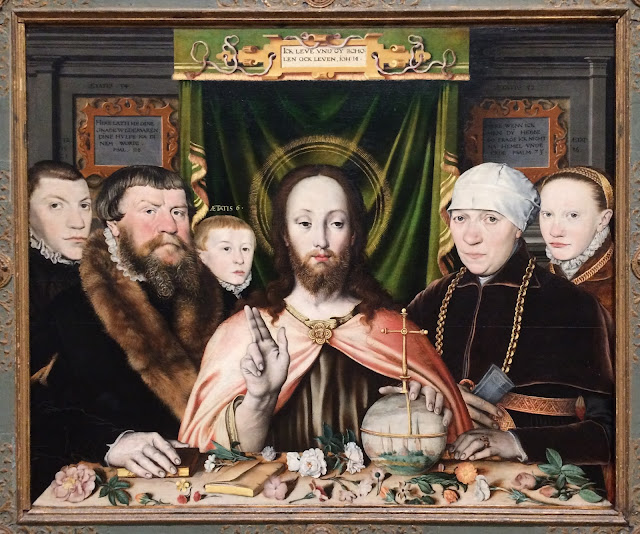 I do appreciate that painting Jesus is difficult for anyone, and especially so for a Protestant, even a Lutheran. But the 'solution' here, of presenting him as an alien creature in such a way as almost to deny the doctrine of the Incarnation, is, um, problematic. It leaves me wondering: is this purely an artistic problem? Or does it speak to some deeper difficulty in this culture about imagining that Jesus is as real, and as human, as the people we bump into every day? Just asking.
Posted by Alec Ryrie at 14:26